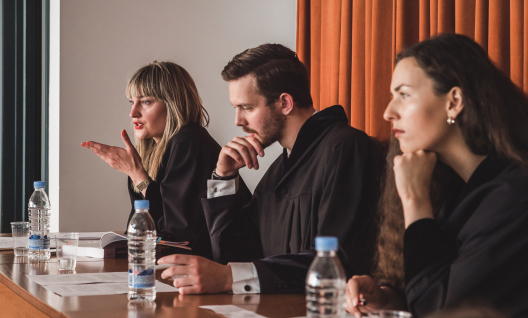 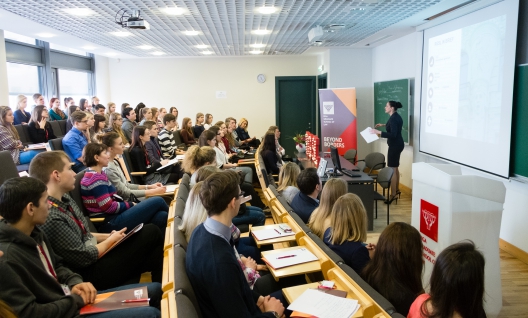 RGSL is home to an active and diverse community of students from more than 40 different countries. Study in English with an international faculty of academics and practitioners. RGSL offers Erasmus mobility at our 40+ partner universities accross Europe and internship opportunities as well. 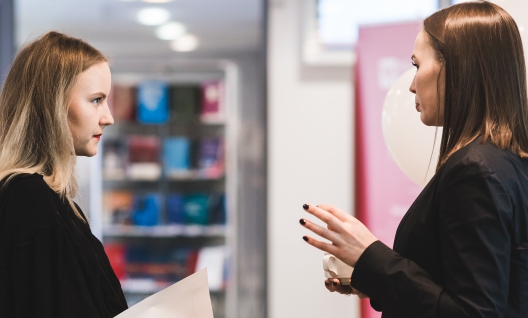 RGSL is a medium-sized, specialised educational institution offering a tailored and stimulating learning environment. Students enjoy our small classes, which allow room for debate and individual questions, and ease contact with fellow students and faculty members. Our study approach supports students to develop their potential through critical thinking, problem solving, and adaptability. We value an open and international culture and encourage students to make the most of their studies. 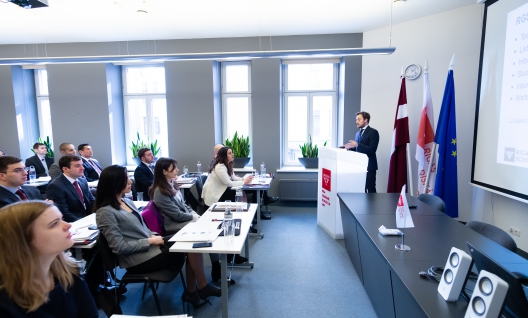 RGSL has become a platform for educating professionals in public administration, NGOs, and academia from European Neighbourhood Policy countries, Central Asia, and the Western Balkans. In cooperation with the governments of Latvia, Norway, the US, Sweden, the Netherlands, Switzerland, and Luxembourg, RGSL hosts specialised programmes providing participants with a comprehensive understanding of integration and cooperation with the EU. It also hosts capacity building programmes contributing to transparency, institution building, and good governance in Ukraine and Central Asian countries.

On 18 March 1998, Riga Graduate School of Law (RGSL or School) was established as a limited liability non-profit company by agreement between the Latvian and Swedish Governments and the Soros Foundation Latvia (SFL). Since 2005 the shares held by each government were transferred to the University of Latvia (UL), which in turn became the principal owner with 76% of RGSL shares. SFL retained its 24% ownership of the School. RGSL has full legal, academic and financial autonomy.

Over the years, RGSL has effectively proven its role and capacity for development. Whereas in 1999 the School offered only one masters programme, it currently offers 8 masters programmes leading to masters degrees in Public International Law and Human Rights, International and European Law, European Union Law and Policy, Transborder Commercial Law, Legal Linguistics, and Law and Finance. Starting in 2010, the School added 2 bachelor programmes to the portfolio of its activities. Both programmes are interdisciplinary in nature with a primary focus on law – one is devoted to the study of Law and Diplomacy, the other to Law and Business. In addition, a joint PhD programme started in 2013 in cooperation with the University of Copenhagen.

The school holds regular guest lectures, yearly conferences and workshops, discussions and public debates led by highly qualified international and local experts. The RGSL is also involved in a number of large scale research projects, receiving the only grant among Latvian institutions in 2012 from the European Union’s 7th Framework Programme.

August 1999 – the first master’s programme leading to LL.M in International and European Law degree was started.

February 2001 – the first special programme for lawyers from the Latvian state administration was started with support from the Danish Government.

7 March 2001 – the premises of the RGSL were officially inaugurated, with the participation of Crown Princess Victoria of Sweden and the President of the Republic of Latvia, Ms. Vaira Vike-Freiberga.

January 2006 – RGSL received full accreditation as an institution without time limitations. The general LL.M programme is accredited until 2010.

September 2007 – the second master’s programme leading to MA in Legal Linguistics was started.

January 2008 – the third master’s programme leading to LL.M in Law and Finance was started.

May 2010 – two new bachelor programmes – “Law and Business” and “Law and International Relations” were licenced until 2013.

April 2013 – a joint doctoral programme with the Faculty of Law, University of Copenhagen was licensed and a call for applications announced.

June 2013 – RGSL obtained full accreditation for all current study programmes, including also the new PhD programme. The accreditation was granted the maximum duration, which is 6 years.

September 2014 – Advanced Programme in Law and Economics was started.

September 2016 – Intensive Programme in Law and Economics was started.

March 2018 – Celebration of the RGSL 20th anniversary started with local events in March and continued with an international conference "The Changing Legal Profession" in May, concluding with a home-coming event in June.

Code of Ethics for Students, Faculty and General Personnel of RGSL

Code of Ethics for Students, Faculty and General Personnel of RGSL

Regulations for Review of Complaints and Proposals at RGSL

Regulations for Review of Complaints and Proposals at RGSL

Statute of the Study Programme Council of RGSL

Statute of the Study Programme Council of RGSL